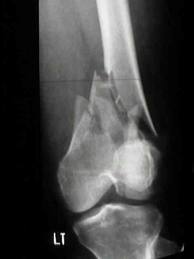 Four years ago I was walking home from college thinking about exams and things I had to be doing in the next few days, The normal teenage things. I was crossing what is usually a very quiet road less than five minutes from my house and the next thing I knew I was on the floor, with people running towards me. My first thought as I looked around was 'I'm missing a shoe' promptly followed by 'why does everything look so tall.'

It turns out that I had a pretty major concussion at the time and I wasn't really thinking straight. An ambulance was called, and so were the police because the guy who had been driving the car (I'm going to assume it was a guy) had driven off and left me there, sitting dazed in the middle of the road. A woman made a move to drag me towards the pavement and I remember screaming. It was the first time I had really started to feel anything, and I was seriously feeling. The slightest movement and my legs were on fire, there was glass in my hair that fell into my eye as I was looking up to see who had moved me. I couldn't move my arm properly, and I remember wondering how I was going to manage a written English exam the next day when I couldn't move my arm. It was a stupid thing to be thinking about, but like I said, I was concussed. The woman stopped trying to move me after that. She sat down next to me and asked me if I knew who I was, where I was going, what the year was. The normal questions I suppose. lifted the less painful arm to wipe something off my face, it was warm and a bit sticky. The woman took my hand and told me I probably shouldn't look too closely at it.

The ambulance arrived, so did the police. It was all, I thought, a great deal of commotion for something that seemed to my mind so small. I just wanted to go home, to revise for my exam the next day. The ambulance staff were having none of it. While they gingerly lifted me into the back of the ambulance (after giving me a shot of morphene, was THAT a buzz!) I listened to the woman who had stayed with me talk to the police. She said I had rolled over the car, broken the windscreen, and that the man behind the wheel had just kept on going. She didn't have time to see the plate. My head felt all at once very heavy.

The next thing I knew I was in a hospital bed, with a man frowning at my legs. 'They're broken' he said without really looking at me. 'Both of them.' I stared at him in stunned silence while he poked at my battered legs. 'We need to set them, you might need surgery. Okay?' I nodded, still not sure what was going on. I tried asking him a question but he cut me off. 'We've called your mother, she should be here soon enough. She's had to come a long way from work I would imagine. It's a good job you carry a donor card really or we wouldn't have known who you are at all. When you get out of here get some identification.' And he walked away.

I spent six months in hospital. They let me dictate my exams to someone in a small room, and I was given extra time. The doctor who never once really looked me in the face told me that I would probably never walk again. Well, I wasn't having any of that from him. I insisted on Physio and after two knee replacements and four metal splints in my legs I not only walk but I ride a motorcycle. I wasn't have anyone tell me that I had to stop walking! The police never found the guy that hit me, but they have put a crossing on the road. I was hit at around 40mph, and from the lack of skid marks on the road, the man didn't make any attempt to stop.

No Comments at the moment.